Why is bullying such a problem these days? 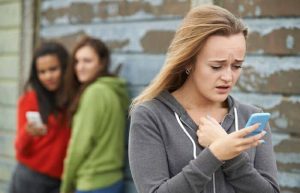 Given the recent school shooting in Parkland, Florida, the importance of addressing bullying is at its peak.  Bullying is an issue that is related to several problems in our schools, from mild anxiety problems to truancy to incidents of deadly violence.  Did you know that social rejection and bullying are common factors among students who become school shooters?  According to the American Academy of Pediatrics victims of bullying are twice as likely to bring weapons to school.  Statistics reported by ABC News state that nearly 30 percent of students are either bullies or victims of bullying, and 160,000 kids (nationwide) stay home from school every day because of fear of bullying.

Bullying occurs when one person (or group of people) in a position of power deliberately intimidates, abuses, or coerces an individual with the intention to hurt that person physically or emotionally. Its a pattern of aggressive behavior that can be physical or verbal.  Bullying has been around ever since school yards existed.  Why is it now such a problem that our national conscience pays attention to it?  We didn’t have “Anti-bullying” programs when I was in school, but I know for sure that bullying was happening when I was a student.   It was just part of school life.

I believe we are paying more attention to it for at least two reasons.  The first is that students are reacting to bullying much more violently than in the past.  According to USA Today, there have been 25 fatal school shootings since the infamous Columbine shooting in 1999.   In the last 30 years, the suicide rate among middle-school age children has increased 50%, as reported by The American Association of Suicidology.  There is a clear increase in violence towards others and towards one’s self as a reaction to social rejection and bullying.

Why the strong reaction?  I believe thats related to the second reason bullying is a rising concern: The social media effect.  When reading stories and reports about bullying and its violent result, there is a strong connection to the influence of social media.  Social media, (i.e., Instagram, SnapChat, and Twitter) is a major part of a teenager’s social world.  It is also the realm of cyber-bullying: the act of intimidating, shaming and socially ostracizing someone online. Online bullying can be done through pictures, written word or videos.

Before social media, kids could leave the harassing experience behind on the school grounds.  Now, they obsessively pay attention to it all day and night.  In their attempts to find and maintain friendships online, there is no escape from the bully.  A common way this bullying occurs, especially among girls, is the posting of a picture on Instagram in which several girls are tagged as present and the girl who was purposefully left out is also tagged – thereby giving the clear message that she was intentionally rejected by the friend group.  That is mild bullying compared to the actively hostile slandering, harassment and gossiping that occurs on social media.

What should we parents do to help “bully-proof” our children?  We could become overprotective, but then the question is do you want your children to be safe or to be strong?  There’s a reasonable balance that must be struck.   There are three tips I have for helping make our children safer and stronger against the cruelty of others.